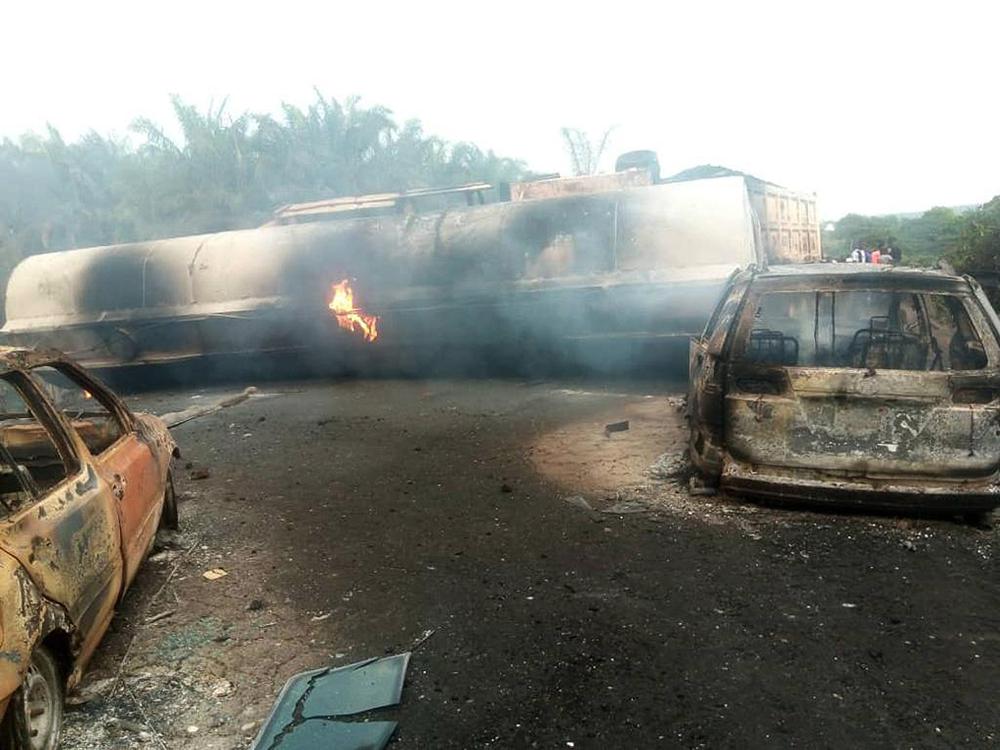 The tanker had brake failure along a major road in the Ofu council area in Kogi state on Thursday night when it collided with a vehicle obstructing the highway, causing a fireball, a police spokesman told The Associated Press.

The vehicle “crushed cars on the way” and all the victims were burnt to death, said William Ovye Aya with the Kogi police command.

Bisi Kazeem with Nigeria’s Federal Road Safety Corps said other people were injured in the crash.

The road has been cordoned off and road safety workers are working to identify the victims, Kazeem said.

Such crashes are so common along most major roads in Nigeria that the country has introduced new measures to curb their occurrence. More than 10 people were killed in Kogi in a similar crash in September.

Authorities in Kogi are investigating the latest crash, Kingsley Fanwo, the state commissioner for information, told the AP.