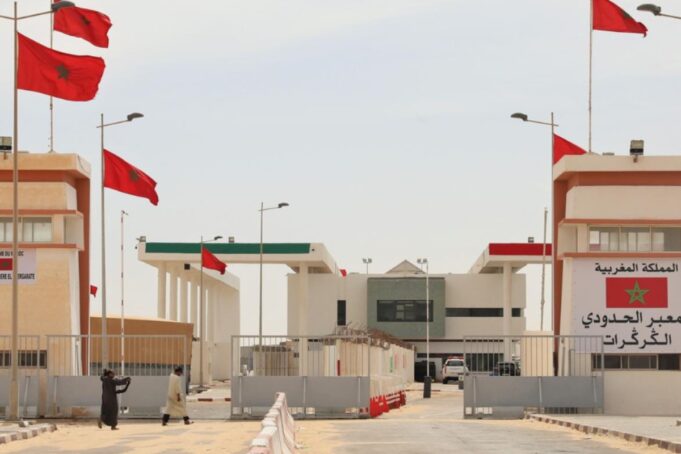 Once again, the Polisario militia that starts from Algeria territory to harass Morocco's border with Mauritania and Sub-Saharan countries has failed to cut the trade traffic in West Africa, according to sources from the Guerguarate Border point.

It is reported that the Polisario elements launched yesterday evening about 3 or 4 shells to target the Guerguarat point border between Morocco and Mauritania to destroy the place and cut the trade traffic that crosses the border.

Sources from the Guergaurate confirmed that the bombing did not hit the target, and only the bombing sound was heard from the place.

The local media in Mauritania said that Moroccan military aviation carried out a sortie to chase Polisario elements who fled to their position inside the Algeria territories.

The attack did not result in any material or human losses, and Morocco confirmed on Sunday morning that the situation in Guerguarate is calm and normal, adding that road traffic between Morocco and Mauritania, and beyond to sub-Saharan Africa, "is not disrupted in any way".

This road is considered essential for trade in West Africa because it is the only wild road that links Morocco and many countries in the region and is essential to the trade between Europe and Africa.

Tons of products cross the Guerguarate gate every day from Morocco to other West African countries and Vice-Versa; for this reason, any disruption would affect these countries' economies.

Polisario claims that Morocco's Sahara region is a Sahrawi land and it must be a separated and independent country, whereas Morocco confirms that Sahara has always been a Moroccan territory.

In recent years, Morocco has presented the autonomy initiative to end the Sahra conflict with Polisario, and it has said that this is the just and lasting solution.