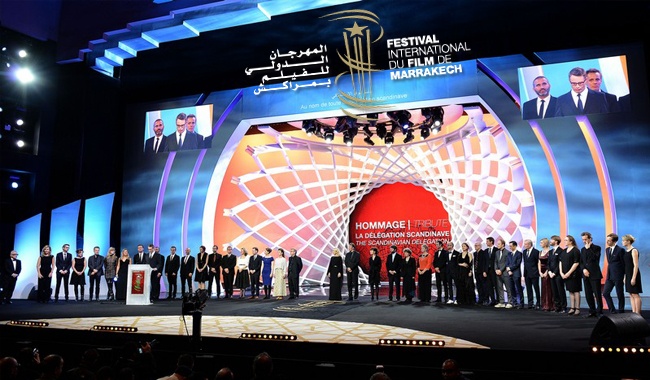 The 19th edition of the Marrakech International Film Festival has been postponed to a later date due to the global health situation, the Foundation of the Festival announced on Tuesday.

The Foundation, however, ensures that the 4th edition of the Festival's Atlas Workshops will be conducted online from 22 to 25 November with the support of Netflix, a partner of the program since its launch in 2018.

"In order to pursue its support of the cinema of the African continent and the Arab world, the Foundation continues to present its industry and talent development program," says a statement from the Foundation.

"The mission of the Atlas Workshops is to support the new generation of Moroccan, Arab and African filmmakers through bespoke consultation, as well as to expose them to the international market through the presentation of their project at a co‐production market."

As for "Tug of War", by Tanzanian director Amil Shivji, it had its world premiere at this year’s Toronto International Film Festival, the statement adds.

Last year’s award winners also included Sofia Alaoui’s "Among Us" (Morocco), a project in development that won the ArteKino International Prize of the Franco‐German channel Arte,while the Atlas Prize for Post-Production was awarded to Nelson Makengo’s "Rising Up at Night" (Democratic Republic of the Congo).

With this 4th edition of the Atlas Workshops, the Marrakech International Film Festival continues to develop and enhance its architecture for the discovery of new talents from the African continent and the Arab world, notes the Foundation, specifying that all information on the Atlas Workshops is available on the website: https://atlasateliers.festivalmarrakech.info