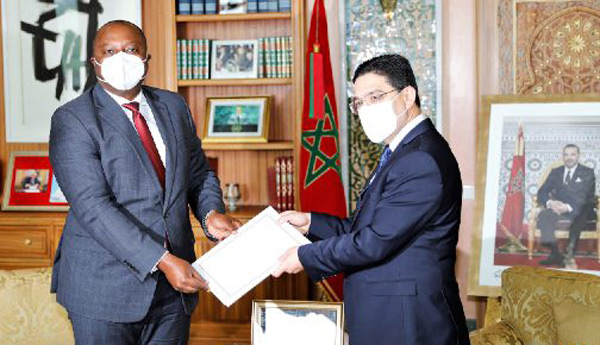 Burundian Minister of Foreign Affairs and Development Cooperation, Albert Shingiro, invited, Friday in Casablanca, Moroccan entrepreneurs to invest in his country and benefit from the opportunities it offers in all areas, Morocco’s news Agency MAP reported.

According to the same source, during a meeting with the president of the General Confederation of Moroccan Enterprises (CGEM), Chakib Alj, the Burundi top diplomat said that the Burundian government is committed to providing legal protection facilities to foreign investments.

Accompanied by a high-level Burundian delegation, Mr. Shingiro said he was delighted to present the opportunities and business potential of his country. "The Burundian investment code, being the most attractive code in the region, offers a lot of facilities including land for business-oriented buildings," he said.

Shingiro also stressed the importance of the organization of a Morocco-Burundi business forum, noting that it will enable Burundian and Moroccan businessmen to discuss and identify areas of common interest. For his part, Alj said he is convinced of the enormous potential that exists to further develop bilateral economic and trade relations between Morocco and Burundi.

Given its geographical location, Burundi represents a real commercial pole in East Africa with significant natural resources and immense potential for investment in various growing sectors including industry, agro-food, infrastructure and social housing, said Alj, stressing that several investment opportunities are therefore available to Moroccans, particularly in the production of cotton and textile. Alj voiced, in this regard, the desire to establish a bilateral partnership, in particular through the constitution of a Business Council which will play the role of catalyst to strengthen relations between the private sectors of the two countries.

"This Business Council will also represent an essential tool for the promotion of our trade which, today, does not exceed 3 million dollars, which unfortunately does not reflect the intensity of relations and our common desire to build win-win partnerships,” he pointed out. The visit of the Burundian foreign minister to Morocco as envoy of the Burundian president was also an opportunity for the Kingdom and the Republic of Burundi to sign a cooperation roadmap between the two countries for the period 2021-2024.