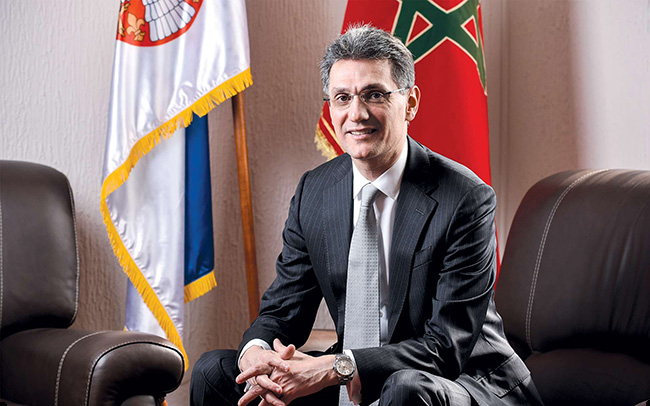 Morocco and Serbia are looking to boost the bilateral economic relations, given the potentials and the opportunities they offer as two promising markets, Morocco's state agency MAP reported.

According to the same source, a video conference held on Tuesday simultaneously by the Chambers of Commerce of Casablanca-Settat and Voivodina with Morocco's Embassy in Belgrade highlighted the potentials of the two markets for companies in both countries.

The conference was part of a partnership agreement on strengthening institutional cooperation to boost trade relations between Moroccan companies and their Serbian counterparts; MAP pointed out.

Yassir Adil, President of the Chamber of Commerce, Industry, and Services of Casablanca-Settat (CCISCS), was quoted by MAP saying the state of trade "shows the long road ahead to achieve the goals set in terms of exploring and exploiting the potential for bilateral cooperation in promising sectors."

Morocco has embarked on a process of deep reforms in all areas and has increased investment in infrastructure, industry, and transport to position itself as a hub and gateway to Africa and foreign investment while maintaining its economic leadership in Africa, he added.

For his part, according to the same news agency, the President of the Chamber of Commerce and Industry of Voivodina Bosco Vucurevic invited the business community of both countries to exploit and explore sectors that offer cooperation opportunities to boost bilateral economic relations.

the Moroccan news agency said that "Morocco's Ambassador to Serbia, Mohammed Amine Belhaj, highlighted the Kingdom's achievements in terms of strengthening and improving its position in the business climate."

"He also outlined the advantages offered to both domestic and foreign investors, especially in sectors such as industry, agribusiness, and tourism, among others."

In 2019, MAP said that the overall volume of bilateral trade amounted to only about 26 million euros, with a favorable balance for Serbia, which exported 20 million euros of goods to the Kingdom.