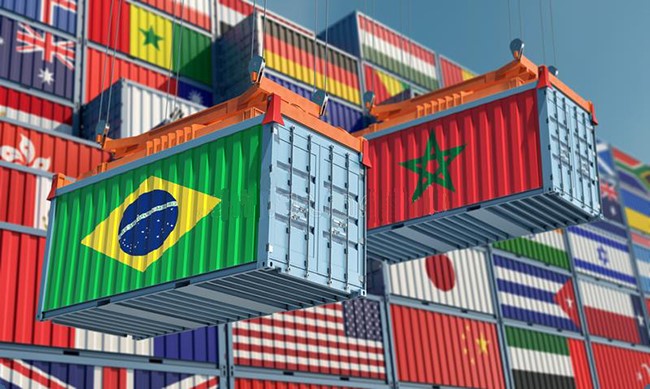 Morocco's goods exports to Brazil exceeded $100 million in January 2021. Therefore, Morocco was the first Arab exporting country to this Latin American country, according to the Arab Brazilian Chamber of Commerce (ABCC).

Brazil is being considered one of the important markets for Morocco, and the figures show that Morocco's exports to Brazil last year reached 1.2 billion dollars, making Brazil the 3rd client of the Kingdom, just behind France and Spain.

The same source added that year on year, Brazil's revenue from exports to the Arab countries climbed 7.4% to USD 891.85 million, keeping the Arab bloc as the 3rd largest destination of sales from Brazil, only behind China and the United States.