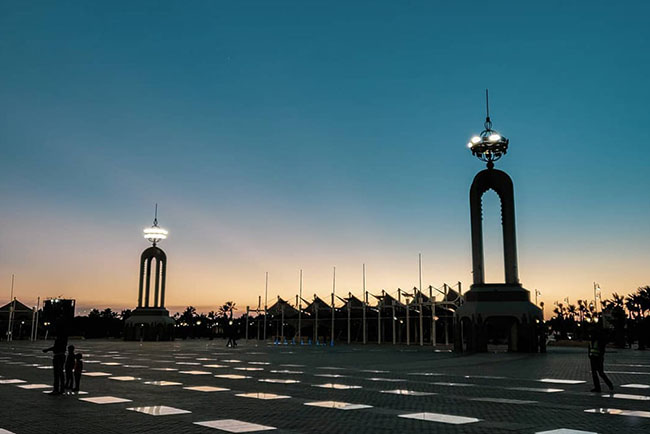 The potential of the southern provinces allows for open Polish investments in the entire African market, said , Robert Jędrzejczyk, head of a Polish economic mission, on a visit to Morocco.

In a statement to the press after a meeting Friday in Rabat, between members of the Polish mission with Nasser Bourita, Minister of Foreign Affairs, African Cooperation and Moroccans abroad, Jędrzejczyk said that their visit to the southern provinces "confirms the strategy of motivation by Morocco of the development of these regions" and crowns "several months of cooperation with the ambassador of the Kingdom in Warsaw, Abderrahim Atmoun".

"The purpose of the mission was to select top Polish companies, which are innovative and interested in the southern provinces," he added, stressing that apart from the visits, "we were able to see again much more than we hoped to see”.

"It was for us a very strong moment and everything we saw really exceeded our expectations in these regions," he said. Their meeting with Bourita was also, according to Jędrzejczyk, "an opportunity to present the states of our mission."

For his part, the director of export in the Polish company "Chimide Polska" and member of this economic mission, Lidia Mielnicka, welcomed the strengthening of relations between Morocco and Poland, noting that recent visits by members of the delegation to the cities of Laayoune and Dakhla have enabled them to see the presence of a large number of economic opportunities and investments.

The southern provinces are a strategic location and a gateway to Africa for the European market, she stressed, expressing in this regard "the confidence and strong appreciation of members of the Polish delegation to HM the King”.