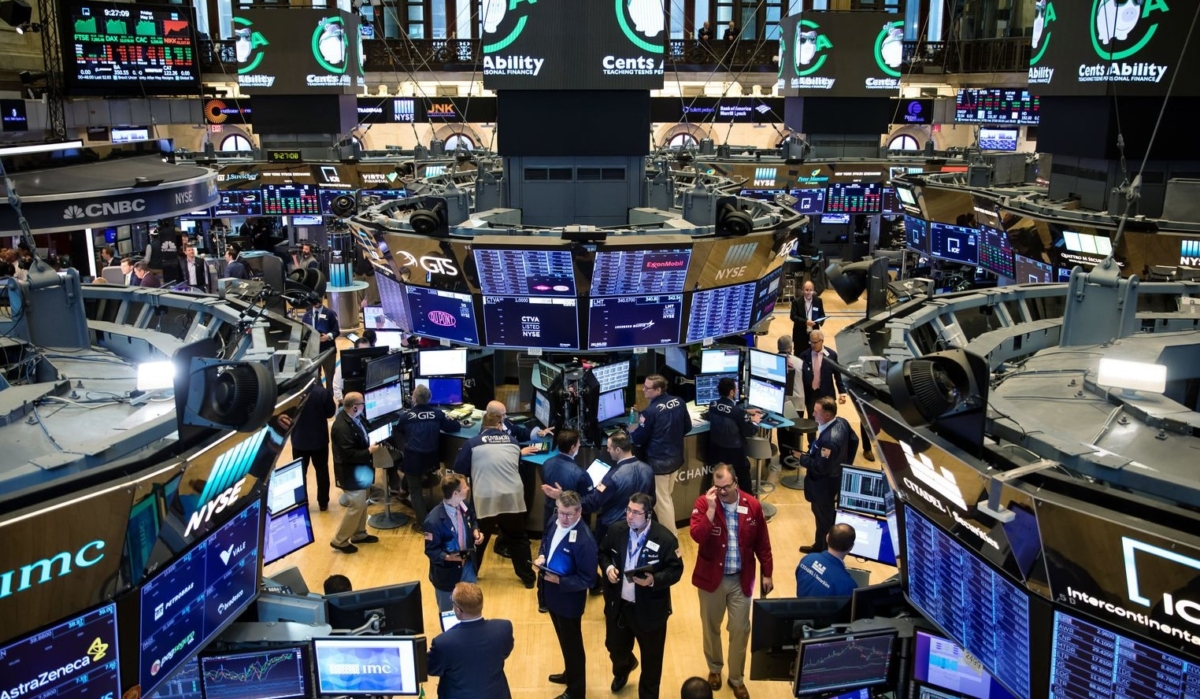 Global stocks fell on Friday, with Asian shares down by the most in nine months, as a rout in global bond markets sent yields flying and spooked investors amid fears the heavy losses suffered could trigger distressed selling in other assets.

MSCI’s Emerging Markets equity index suffered its biggest daily drop in nearly 10 months and was 2.7% lower, while European shares opened in the red, with the STOXX 600 down 0.7%, recovering from heavier losses earlier in the session.

The MSCI world equity index, which tracks shares in 50 countries, was 0.9% lower and heading for its worst week in a month.

Asia saw the heaviest selling, with MSCI’s broadest index of Asia-Pacific shares outside Japan sliding more than 3% to a one-month low, its steepest one-day percentage loss since May 2020.

For the week the index is down more than 5%, its worst weekly showing since March last year when the coronavirus pandemic had sparked fears of a global recession.

“It is not the beginning of a correction in equities, more a logical consolidation as price to earnings ratios were excessive,” said Francois Savary, chief investment officer at Swiss wealth manager Prime Partners.

“What is reassuring is that Q4 2020 earnings were good and earnings per share suprisingly good and that means down the road we should get back to growth.”

Friday’s carnage was triggered by a whiplash in bonds.

The scale of the sell-off prompted Australia’s central bank to launch a surprise bond buying operation to try and staunch the bleeding.

The European Central Bank is monitoring the recent surge in government bond borrowing costs but will not try to control the yield curve, ECB chief economist Philip Lane told a Spanish newspaper.

On Friday 10-year German government bond yields were down nearly 4 basis points at -0.267% and French and Austrian bonds were back in negative territory.

“The longer this continues the greater the risk of a more severe correction in share markets if earnings upgrades struggle to keep up with the rise in bond yields.”

Markets were hedging the risk of an earlier rate hike from the Federal Reserve, even though officials this week vowed any move was long in the future.

Fed fund futures are now almost fully priced for a rise to 0.25% by January 2023, while Eurodollars have it discounted for June 2022.

Even the thought of an eventual end to super-cheap money sent shivers through global stock markets, which have been regularly hitting record highs and stretching valuations.

“The rise in yields has long been mostly seen as a story of improving growth expectations, if anything padding risky assets, but the overnight move notably included a steep lift in real rates and a bringing forward of Fed lift-off expectations.”

Japan’s Nikkei shed 4%, its biggest single-day fall since April, and Chinese blue chips joined the retreat with a drop of 2.4%.

All of that elevated the importance of U.S. personal consumption data due later on Friday, which includes one of the Fed’s favoured inflation measures.

Core inflation is actually expected to dip to 1.4% in January, which could help calm market angst, but any upside surprise would likely accelerate the bond rout.

The surge in Treasury yields caused ructions in emerging markets, which feared the better returns on offer in the United States might attract funds away.

The flows helped nudge the U.S. dollar up more broadly, with the dollar index rising to 90.390. It also gained on the low-yielding yen, briefly reaching the highest since September at 106.42. The euro eased a touch to $1.2144.

The jump in yields has tarnished gold, which offers no fixed return, and dragged it down 0.1% to $1,767.81 per ounce, having earlier fallen to its lowest since June 26.

Oil prices dropped on a higher dollar and expectations of more supply.[O/R]