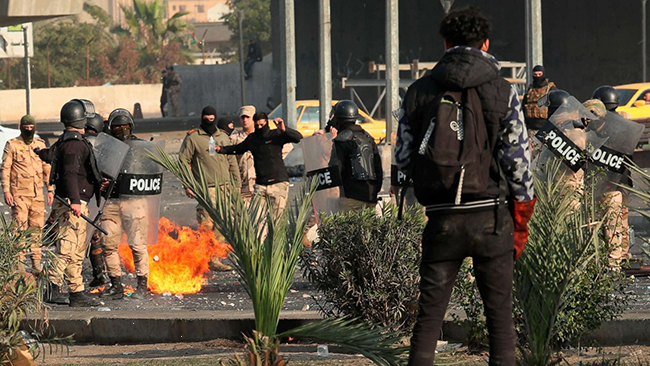 Three rockets struck the vicinity of Baghdad International Airport, according to the Iraqi Defense Ministry on Saturday.

A ministry statement said two rockets landed outside the airport, while the third hit a house in the Al-Jihad neighborhood, west of Baghdad.

No casualties were reported in the overnight attacks.

There was no claim of responsibility for the rocket attacks.

The Baghdad airport, which also houses a US military base, has been targeted by several rocket attacks in the past.

Washington accuses Iran-linked militias of being behind the attacks that target American interests in Iraq.

Previously, Shia militias, including the Iraqi Hezbollah Brigades, had threatened to attack US forces if they refused to withdraw from Iraq in compliance with a decision by the Iraqi parliament to end the US military presence in the country.

On Thursday, at least 32 people were killed in twin suicide bombings claimed by the Daesh/ISIS terrorist group in Baghdad.