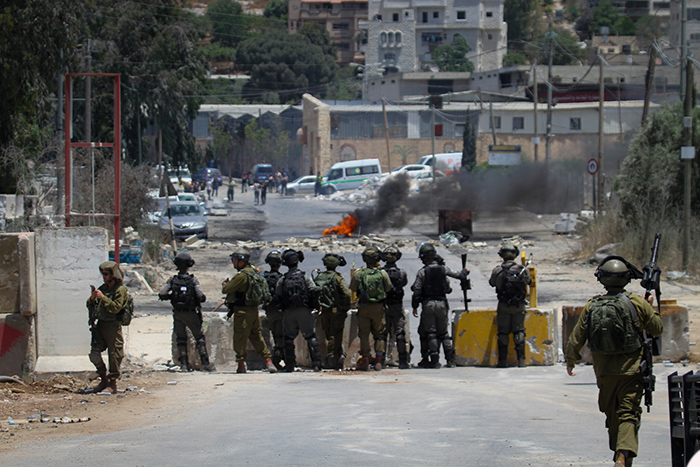 A Palestinian man was shot dead by the Israeli army in the occupied West Bank on Sunday, according to the Palestinian Health Ministry.

A statement from the ministry said the death was reported near the town of Silwad, north of Ramallah, without giving further details.

Eyewitnesses told the state-run Wafa news agency that a 45-year-old man was shot after a verbal altercation with Israeli soldiers and taken to a hospital, where he was pronounced dead.

Meanwhile, Israel's Channel 12 reported that a Palestinian man was shot in a suspected knife attack.

The Israeli military did not comment on the reports.

On Saturday, three Palestinians were killed by Israeli army fire in the West Bank.

According to the Health Ministry, at least 13 Palestinians have been killed by Israeli forces since the beginning of this year.