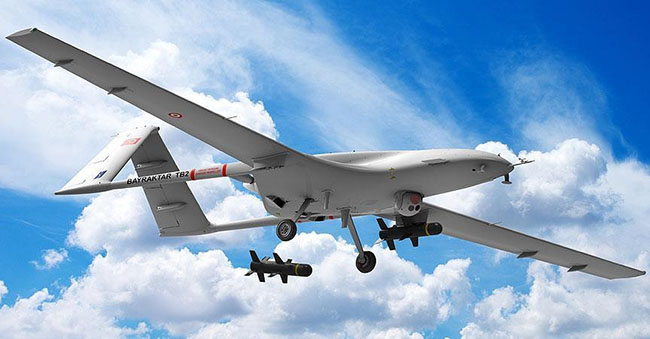 Morocco eyes to strengthen its air forces with new advanced military weapons, such as armed drones which have been highly demanded in recent years by different countries, due to its efficacity in the wars.

In this context, Africa Intelligence news website has revealed that Morocco has ordered 13 Turkish armed drones from the Baykar company, which are named “Bayraktar TB2”.

According to the data published on the Internet about this type of Turkish drone; it is medium altitude long endurance (MALE) unmanned combat aerial vehicle (UCAV) capable of remotely controlled or autonomous flight operations.

This deal could be the second deal of Morocco to purchase the armed drones, after the first one that was revealed last year, when Morocco got 3 Israeli Heron drone in a deal valued at 48 million dollars.

Morocco was not known of having owned armed drones until the last two weeks when Algeria and the Polisario front announced the death of a commander belongs to Polisario who was killed in a Moroccan aerial attack by an armed drone.

Morocco likely seeks to use armed drones to end all the skirmishes caused by the Polisario militia near the Moroccan security wall in Sahara.