Investment Opportunities in Morocco Highlighted in Webinar in Australia 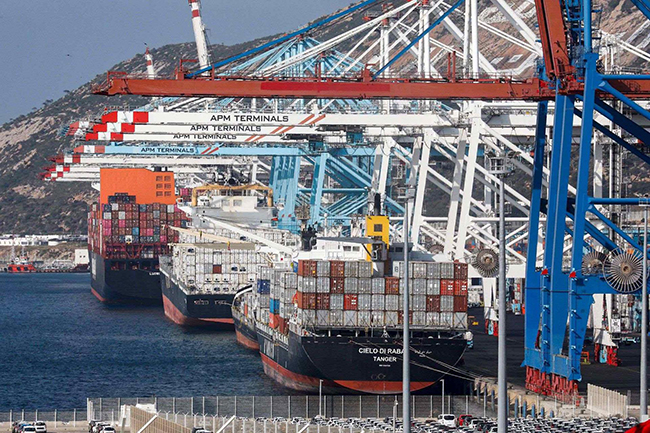 The Moroccan Embassy in Canberra organized on Wednesday a webinar on investment opportunities in Morocco, with a particular focus on the role of regions, including the region of Souss-Massa.

Initiated in partnership with the Australian-Arab Chamber of Commerce and Industry, this event, which is part of the series of economic conferences of the embassy, was marked by the participation of a host of panelists.

Speaking on this occasion, the Moroccan ambassador to Australia, Karim Medrek recalled the particular international context marked by the unprecedented health and economic crisis, stressing the measures taken by the Kingdom, thanks to the vision of His Majesty King Mohammed VI, to cushion the economic and social shocks and strengthen the resilience of the national economy to the repercussions of this crisis.

He said that the Kingdom has developed a diversified, open and market-oriented economy, supported by a favorable business environment, stressing, in this regard, the favorable business climate in the Kingdom and the important reforms undertaken in recent years and which make Morocco a platform for attracting foreign investments, including Australian ones.

Referring to the promising prospects and opportunities that exist, he said he was convinced that the geographical distance is not a brake, encouraging Australian economic operators to seize the opportunities offered and capitalize on the fact that Australia and Morocco are two gateways to their respective regions.

For his part, the Director General of the Regional Investment Center Souss-Massa, Marouane Abdelati, shed light on the multiple assets and the various opportunities for investment and business in this region, which range from its geographical location, natural resources and infrastructure to regional incentives for investment and land supply.

The president of the Australian-Arab Chamber of Commerce and Industry, James Harb, stressed the great interest he has in strengthening economic ties with Morocco and his desire to contribute to the economic dynamics witnessed by the kingom.

He highlighted the favorable business climate, the geographical position of the Kingdom and the proximity of the European market, reiterating the determination of the Chamber to organize other meetings and economic missions, like that of 2019, to promote bilateral cooperation in areas of common interest and allow economic actors of both countries to strengthen their partnership.

In the same vein, Sam Guedouard, head of the Australian Trade and Investment Commission, praised the efforts made and reforms undertaken by Morocco, which have strengthened the confidence of foreign operators in the Moroccan economy.

In this regard, he noted that, thanks to its political stability and its strategic position, Morocco arouses, more and more, the interest of Australian investors and is now one of the promising markets in the MENA region.

The president of the Moroccan-Australian Business Council, Omar Jouahri, recalled the mission of the Council and its constant cooperation with the Moroccan Embassy in Canberra, to highlight the multiple potentialities that the Kingdom offers.

EBRD Grants Loan of 36.9 Mln to Land Or Cheese Maker in Morocco