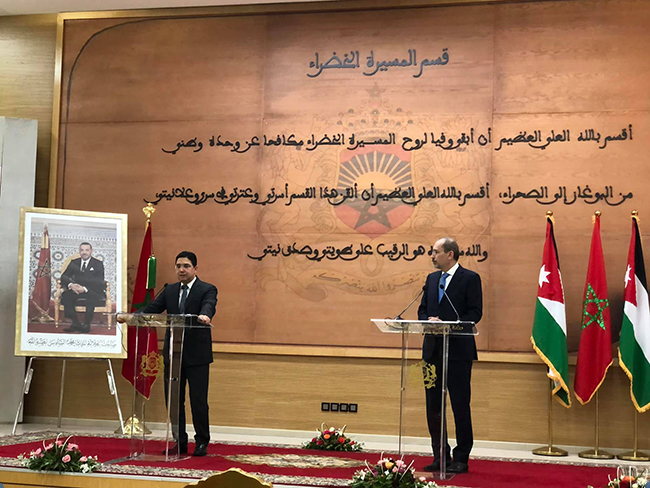 The Hashemite Kingdom of Jordan on Thursday opened a consulate general in the city of Laayoune located in the south of Morocco, thus becoming the 11th country to inaugurate a diplomatic representation in this city in just over a year.

Jordan becomes the Third Arab country to have inaugurated a consulate in Laayoune after the United Arab Emirates, and Bahrain, and the 11th in the list of all countries after Côte d'Ivoire, the Comoros Islands, Gabon, Sao Tomé and Principe, the Central African Republic, Burundi, Eswatini and Zambia.

Morocco invited all the countries to open diplomacy representation in the southern regions, and the number of countries who have done so it has reached 19 countries so far, 11 of them in Laayoune and 8 in the city of Dakhla.