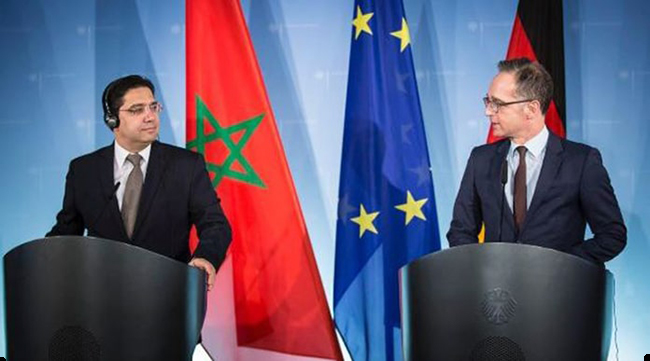 Morocco announced on Monday the suspensions of the contacts with the embassy of Germany in Rabat because of ‘deep misunderstandings with the Federal Republic of Germany on fundamental questions of the Kingdom of Morocco’ said a statement issued by the Foreign Ministry.

The Foreign Ministry statement that went Viral called on the government bodies to suspend all contact, interaction or cooperative action with the German embassy in Rabat.

“Any derogation from this suspension can only be done on the basis of an explicit prior agreement from the Ministry of Foreign Affairs, African Cooperation and Moroccans Residing Abroad,” the statement said.

The statement did not include any clarification about this abrupt decision that Morocco has taken or to reveal the causes of the misunderstanding between Morocco and Germany.

According to local media reports, it is likely that this decision has relations with the Sahara issue, given the importance of this question for the Kingdom of Morocco.

For its part, there is no official statement from the German side until now. However, it is expected to be more details about the misunderstanding mention by Morocco in the coming hours.