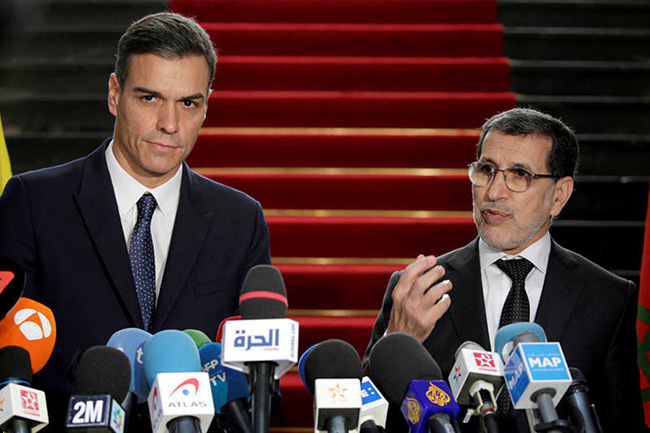 The Spanish government has asserted that its relations with the Moroccan counterpart are good and very close, adding that there is constant contact between governmental members of both countries, according to the Spanish non-official news agency Europa Press.

The same source has added, citing diplomatic sources, that the preparations to organize the high-level meeting between the two governments are still underway despite there has been no fixed date for the meeting yet.

The diplomatic sources have said according to Europa Press that the postponement of the high-level meeting that was supposed to be organized on December 17, 2020, was not caused by any “Political reasons”, but due to the circumstances related to the pandemic situations.

The same sources asserted that the high-level meeting between Spain and Morocco will be convened as soon as the pandemic conditions improve, but until then, the ministers of both governments are holding talks to boost the bilateral ties in various fields.

The high-level meeting is an annual meeting between the governments of Spain and Morocco, and takes place in the Moroccan capital Rabat, in order to sign a number of conventions and deals to improve the mutual relations.