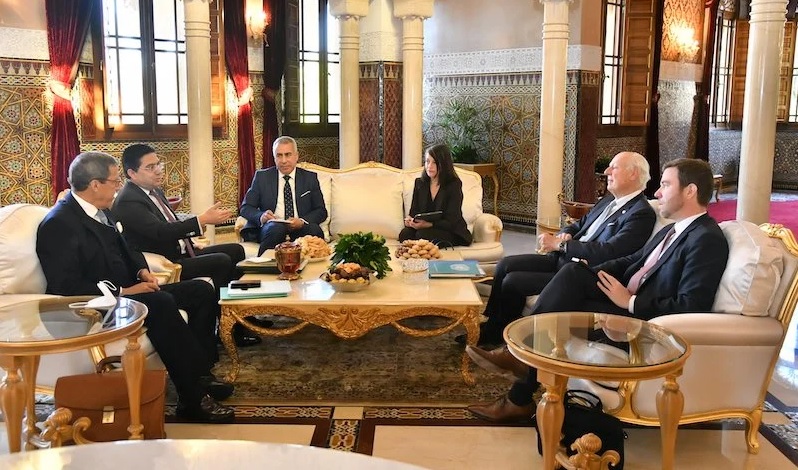 UN Special Envoy for Sahara, Staffan de Mistura, is in Morocco’s capital Rabat to discuss the Sahara issue with Moroccan officials, Stéphane Dujarric, the spokesman for the Secretary-General of the United Nations, António Guterres, said on Monday.

According to the UN official website, in response to the questions regarding the travels of Staffan de Mistura, Dujarric responded that de Mistura is in Rabat to meet with Moroccan officials.

Dujarric added that the special envoy has decided not to proceed with a visit to Sahara during this trip, but looks forward to doing so during his upcoming visits to the region.

The meeting with Moroccan officials aims at “constructively advancing the political process on Western Sahara,” According to the UN Spokesman.

It is expected that Staffan de Mistura to meet Morocco’s Minister of Foreign Affairs, Nasser Bourita, and other officials, in order to discuss the updates on the Sahara conflict.

It is worth mentioning that Morocco had expressed clearly on previous occasions that the only solution Rabat offers to end the dispute is the autonomy plan for the Sahara region under the full sovereignty of Morocco.