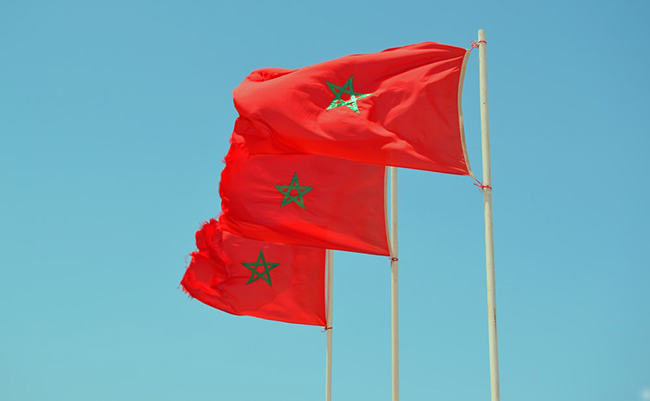 Morocco seems to be ready to conquer this new frontier, which is "territorial democracy".  This will inevitably reflect on the country where the relations between the State and the new regional authorities will obey a new type of governance based on a profound reorganization of the sharing roles and competences between the central government and the state communities.

We must face the facts, the idea of ​​applying an advanced system of territorial autonomy in the Sahara, and its corollary lying in the establishment of an advanced regionalization in Morocco, is "first of all the direct product of  the policy followed by Franco's Spain and Boumediene's Algeria and aimed at creating, through the manipulation of the right to self-determination, an artificial state in the Sahara[1]".  It is also "the failure of this policy that prompted the United Nations to advocate the application of a system of territorial autonomy in the Sahara [2]".

Needless to say, the Sahara Autonomy Proposal stands for a bald initiative enabling the Moroccan Sahrawis to run their government under Moroccan sovereignty, in that it was proposed by the kingdom of Morocco in 2006 as a possible solution to the artificial, prolonged conflict. In tangible terms, the plan was presented to the United Nations Security Council in April 2007 and received the support of  not only France, having been an important historical ally of Morocco, but also the United States, having designated Morocco a Major Non-Nato Ally since 2004. "We view Morocco's Autonomy Plan as serious, credible, and realistic, and it represents one potential approach to satisfy the aspirations of the people in Western Sahara to run their own affairs with peace and dignity," said the US mission to the United Nations.

In addition, when casting an eye over the past events in the heat of the proposals brought before the UN Security Council, none of which remained on the table. To put it another way, the Moroccan initiative in the form of the Sahara Autonomy Proposal was following the failed proposal of Baker Plan, which put much emphasis on an independence referendum for the Sahara after five years of autonomy. Accordingly, the Moroccan official response was the initial proposal's acceptance, but later it was foredoomed to be rejected, quoting that any plan with proposal of independence could never ever be accepted.

The proposed Sahara autonomy plan while keeping the Moroccan sovereignty represents the only available solution on the table, though such a decades-long conflict has placed the whole region in the crossfire. As a result, last month (March 2022) Morocco won the backing of the former occupier, Spain, in terms of recognizing Moroccan autonomy initiative in the Sahara as "the most serious, realistic and credible basis for the resolution of the dispute over the Sahara". Consequently, this very geopolitical mutation in the region is read to be in favor of Morocco, especially when observing that the Spanish decision comes a few weeks after Berlin had described the Moroccan Autonomy plan as "a serious and credible effort by Morocco" and as "a good basis for reaching an agreement".

Indeed, When Morocco accepted the application of such a proposed system in the Sahara, "it did in reality only take over an idea that was developed within the United Nations and that with the aim of  settling in a fair and lasting way a conflict artificially created by its opponents and thus contribute to the construction of the Maghreb[3]".

It is therefore a chain of factors, first being exogenous before becoming endogenous, which pushed Morocco to adopt the idea of ​​territorial autonomy and then, subsequently, that of advanced regionalization.  It was the failure of the application of self-determination-independence that pushed Morocco to take an interest in autonomy, and then it was the latter that encouraged it to opt for advanced regionalization.  .

Other factors came to support this very choice.  Among these factors is, of course, the need to consolidate local democracy.  But there is also the challenge posed by modernity as well as the need to strengthen the openness of Moroccan regions to dynamic regions in Europe and the Mediterranean.

Nevertheless, in case the "region", in Morocco, was born of a long gestation and appeared as the spring of a new dynamic of development, it would have in fact limited ambitions.  Regionalization has not yielded tangible results, and is out of step with expectations.  In fact, the meaning attributed to decentralization in Morocco has always taken on the character of learning and initiation through delegation and not the abandonment of responsibilities, and its appreciation by the various political families in Morocco was rather dissonant [4].

For all that, the challenges facing Morocco; globalization and the international situation, openness to the world and particularly to Europe, sought-after Maghreb integration, and national socio-political and economic realities; require a new look at regionalization.

It is undeniable, therefore, that local management is the best way to give local development the appropriate and required pace; and the region appears as the structuring element of a new vision of development, and not as a simple body for operationalizing national development programs [5]

Thus, the challenge was to know how the State can grant more powers and resources to a region and at the same time to continue to play its role of unifying agent, facilitator and regulator.  What legal, educational, economic, financial competences… assigned to the regions?  How to harmonize state policy with regional development objectives?  How to deploy competent human resources capable of supporting the structuring project of expanded regionalization?

The stakes were high, and it will be a question of being innovative to imagine the most suitable and most promising specific regional architecture to support the territorial development of and play the role of local social stabilizer. Indeed, it is not a question here of simply adopting a model because of its prestige, real or supposed, and applying it to the letter.  But, "according to a project determined in advance, to make its market, by borrowing this or that element deemed profitable and relevant to different systems[6]

This is how, faced with the many challenges of the modern world, the Kingdom of Morocco - continuing its march forward - has been engaged since 1999 in many changes.  The objective was to build a global political, social and economic development project.  At the heart of this project, King Mohamed VI placed the relationship between the State and territory.

It is a question of restructuring this relationship in such a way as to allow a decentralization capable of favoring the development of the potentialities of all the parts of the Kingdom and the increase of local responsibilities[7].

In other words, Morocco proposes to be a model of regionalization, by inventing a new way of considering the relationship between the centers and the periphery, reconciling a large autonomy and a reaffirmation of the intangibility of the nation and the territory, what the King proudly calls the "Moroccan-Moroccan" model.

As we know, the autonomy suggested by Morocco for the Sahara is, in fact, inspired by the most complete and advanced foreign experiences in the matter.  It constitutes a veritable synthesis of these experiences.  Moreover, "the autonomy project that the Moroccan initiative entails proposes a model of autonomy that endows the Sahara region with powers that are difficult to find united at the same time in any of the most advanced cases of autonomy  , notably those of Catalonia, the Åland Islands, the Faroe Islands or Greenland[8]"

As a matter of fact, presented in April 2007 to the Secretary General of the UN, the Moroccan autonomy initiative for the Sahara quickly won the support of a large number of countries, and aroused a positive reaction within the UN itself on the basis that the institution will call it "serious and credible" in many of its resolutions.  Hence, this new offensive launched by Morocco aimed at setting up the milestones towards a lasting settlement of the question of Western Sahara[9].  The Moroccan initiative therefore opens up complex perspectives.  Its merit is already in its content imbued with a democratic and liberal spirit, which reflects an initial analysis of form and content.

This is how Morocco by reaffirming its readiness to engage in serious negotiation around autonomy as a definitive solution to the conflict.  It considers, in this regard, "that his Initiative still remain on the negotiating table, under the aegis of the United Nations.  It is also convinced that in the long term, reason and the visionary spirit will prevail over anachronistic theses and illusions inherited from the past.

However, while waiting for the end of these negotiations, Morocco will not stand idly by, nor will it accept that its democratic evolution and its development are subordinated to the calculations and manoeuvres of others. It is in this context that Morocco has just begun a new phase in the process of resolving the Saharan affair, by launching the dynamics of an advanced and gradual regionalization, encompassing all the regions of Morocco, with, at  their head, the region of the Moroccan Sahara.

Certainly, the extended regionalization project, launched by Morocco, constitutes a prelude to a profound reform of the structures of the State.  It is also a response to the latest developments in the Moroccan Sahara affair.  In particular, the rejection by the Polisario and its Algerian sponsor of the autonomy plan proposed by Morocco.  In fact, this major project is presented as "a complement to the autonomy project[11]", in order to settle once and for all this conflict which has lasted far too long. Thus, the new positions adopted by some European countries, particularly the Spanish neighboring country, are destined to bringing all the parties concerned,  which are Algeria, Morocco, Mauritania, Spain and Polosario, to face reality as well as manage to peacefully resolve this conflict which continues to pose a threat to regional peace and security and a costly obstacle to regional cooperation and development in the Maghreb.

Nonetheless, by adopting this new advanced regionalization project, a new concern will appear:

In actual fact, there are a number of regionalization models in the world from which Morocco could draw inspiration "without imitation or reproduction[12]".  However, the Royal speech of January 3, 2010 clearly defined the borders of Moroccan regionalization.  Thus, the Royal message charts a clear roadmap.

Admittedly, in Morocco, a unified  and unitary state with a territorial administration structured under its authority and political control, an asymmetry is essential, at least for the moment, between its different regions.  We are in the presence of the Sahara region which will be granted autonomy, and other regions subject to a process of advanced regionalization and progressive whose legislative and regulatory arsenal is currently at the implementation stage.