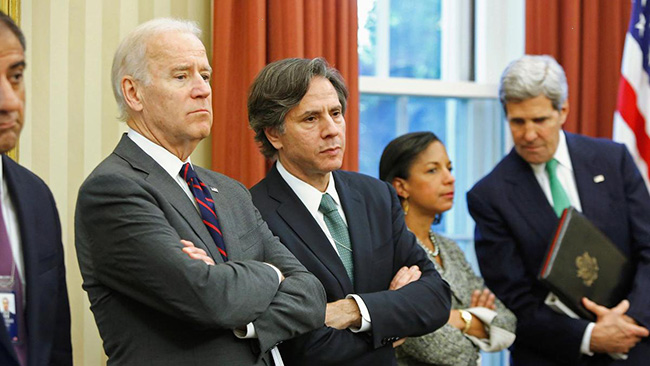 On Wednesday, President Joe Biden is expected to formally announce the planned withdrawal of US troops from Afghanistan by September 11, 2021, which will also mark the end of America's longest war -- a war many no longer remember or understand why we entered. But, trust me, the reasons we went in -- after the Taliban, who ruled Afghanistan, gave shelter to Osama bin Laden's al Qaeda as it carried out the 9/11 attacks on New York and Washington, DC -- have not been fully addressed in the last two decades. Moreover, even a planned, or staged withdrawal as the administration has promised, will hardly eliminate that original threat of terrorism -- or the many other, often deadly, challenges that have emerged since America's arrival.

Without question, between now and September, Biden and his top diplomats will be making their most valiant efforts to ensure a peace that can last beyond America's departure. Indeed, there may even be some Taliban elements who will do their best to negotiate a deal that can be sold to the American people as a face-saving victory and still pave the way for a rapid withdrawal of US forces.But history can be guide on tricky diplomatic matters such as these. I remember nearly a half century ago when former Secretary of State Henry Kissinger shared the Nobel Peace Prize with North Vietnam's Le Duc Tho for the peace agreement that brought an end to the Vietnam War. That interregnum lasted barely two years before North Vietnamese troops rolled into Saigon and took over that whole country.There is a substantial difference if America is to find a path forward in Afghanistan. In Vietnam, the communists never attacked the American heartland. They had a simpler goal: to seize control of their homeland from colonial interlopers -- first the French after World War II, then the Americans who saw as their mission the containment of communism in Asia. Eventually, Soviet communism collapsed and China had little need for Vietnam to expand its influence in Asia, so the threat this southeast Asian nation posed to democracy all but disappeared.

But Afghanistan is a modern clash of civilizations and faiths. The Taliban are a group founded on a deep belief in Sunni Islam and adhere to an austere version of Sharia, or Islamic law. And Afghanistan is a nation that the Taliban has been lusting to govern for two decades -- one where, under their previous rule, accused adulterers were executed in public squares, where thieves had their hands amputated, where women were denied access to education and had to cover themselves from head to toe, and where television was banned along with music and cinema.And what clearer focus for their venom than the "Great Satan," the United States, which espouses religious freedom, gender equality and all forms of creative expression? It was that shared animosity that led the Taliban to give aid and comfort to the terrorist group al Qaeda, as it plotted to attack the United States two decades ago. And it was al Qaeda's attack, more than any one element of the Taliban's extremist and repressive rule, that finally propelled the United States to intervene.But is the Taliban's vision of future rule a real and proximate interest to Americans in the second decade of the 21st century? Unlike communism, it should be. The Taliban have little incentive not to seek out their enemies wherever they might be found and use whatever means -- or allies -- to do so. As such, America needs to maintain some presence in this desperately unsettled nation for a long time to come -- as much as politicians on both sides of the aisle may not want to.

Still, a senior administration official explained to reporters Tuesday afternoon that "there is no military solution to the problems plaguing Afghanistan, and we will focus our efforts on supporting the ongoing peace process. And that means putting the full weight of our government behind diplomatic efforts to reach a peace agreement between the Taliban and the Afghan government."But there are many, even within the Democratic Party, who are not persuaded. "The U.S. has sacrificed too much to bring stability to Afghanistan to leave w/o verifiable assurances of a secure future," Sen. Jeanne Shaheen of New Hampshire tweeted when word of Biden's plans began circulating. "It undermines our commitment to the Afghan people, particularly Afghan women."And, as she recently told CNN, she has not seen "any real signs that the Taliban are willing to cut those links with al Qaeda." If the Taliban senses the US isn't fully committed to ensuring a stable Afghanistan, they are likely "to wait us out," Shaheen warned.And her assessment aligns closely with America's Special Inspector General for Afghan Reconstruction (SIGAR) 2021 High-Risk List, which identifies threats to the reconstruction effort in Afghanistan, suggesting that the Taliban have hardly altered either their tactics, intensity of violence or their alliance with terrorist groups that have taken root and continue to operate in Afghanistan.

The report also went on to warn that without a viable peace agreement, coupled with a sustainable cease-fire, there will be little incentive to curb the operations of terrorist organizations in Afghanistan going forward. "These issues," it cautions, "could become even more pronounced if US forces are no longer in country."The administration's briefing officer on Tuesday responded that the United States can "deal with" al Qaeda, should it emerge in the future, "both directly and by holding the Taliban accountable through all the tools at our disposal." These tools, it would seem, are likely to be precious few once the troops are gone. Yet such a scenario of resurgent terrorist networks supported by a hostile, Taliban-controlled government remains a distinct possibility should the US forge ahead with its planned September withdrawal this year.

David A. Andelman, a contributor to CNN, twice winner of the Deadline Club Award, and executive director of The Red Lines Project, is the author of "A Red Line in the Sand: Diplomacy, Strategy, and the History of Wars That Might Still Happen" and host of its Evergreen podcast. He formerly was a correspondent for The New York Times and CBS News in Europe and Asia. Follow him on Twitter @DavidAndelman. The views expressed in this commentary belong solely to the author. View more opinion at CNN.