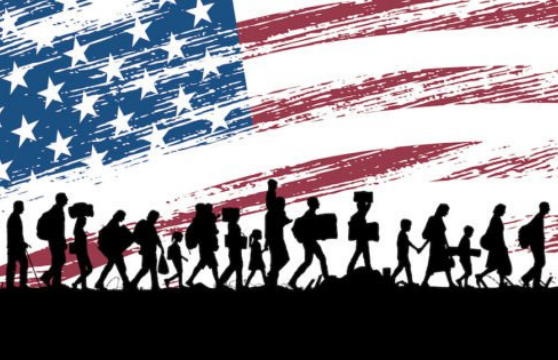 Immigration is an ancient phenomenon in the world. The United States of America was the best direction to live for many kinds of immigration from around the world. So, The United States has a long history of receiving immigrants until now. In the eighteenth century, the United States received most of the immigration from the island and Germany, Mexican coming to the southeast, Chinese coming to the west. In the nineteenth century many groups coming from Canada to the north of the US, many groups from Italy, Sweden, and Norwegian coming to South Dakota and Louisiana. In the twenty century, immigration has been changed because congress began a visa to organize the program of immigration. So, what are the reasons that bull immigrate to leave their homeland to the US?

The are many reasons for people to leave their homeland and Migration to the US, but we going to discuss and identify economic, social, and political reasons.

The first reason for people to leave their country and Migration to the US is economic. So many people move from an origin country to a richer country like the US to look for a better life. According to the United Nations in 2019 almost 800.000 people crossed the US-Mexico border. Then, before the Arab spring in 2011 many migrants leave their county to the US to live over there.

The second reason for people to leave their homeland is social. Therefore, there are a lot of people who have a hard social responsibility in their county. For example, many workers worked hard and send a part of the money to their families in their homeland. In addition, most people move to the US to get better social conditions such as healthcare and education.

The third reason for people to leave their homeland is political. so, many migrants across borders from an origin country to a liberal country like the US to find more freedom since their political system is a dictatorship and authoritarian. For example, in North Africa, many people had a high income, and a better life, but emigrated to the US just to get freedom: freedom of opinion, freedom of religion, and freedom of expression.

In the conclusion, migration has economic, social, and political reasons and others. It has negative points that affect especially on the home country and developments.