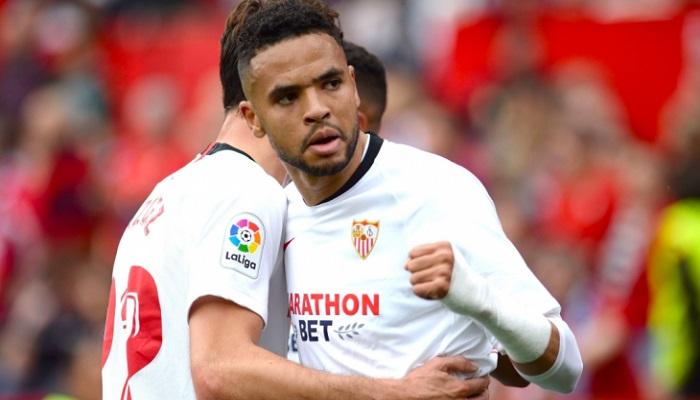 The Moroccan international striker Youssef En-Nesyri , scored a hat trick to lead Sevilla to a 3-0 win over Cadiz, lifting his team into third place in the Spanish league on Saturday.

En-Nesyri has now 12 goals in 19 rounds and leads the Spanish league top goal scorers for the first time in his professional career in La Liga ahead of Messi and Suarez (11 goals for each player of them).

The Morocco striker had also scored a treble in a 3-2 win over Real Sociedad two weeks ago.

After its sixth win in nine rounds, Sevilla moved two points ahead of Barcelona, which visits Elche on Sunday.