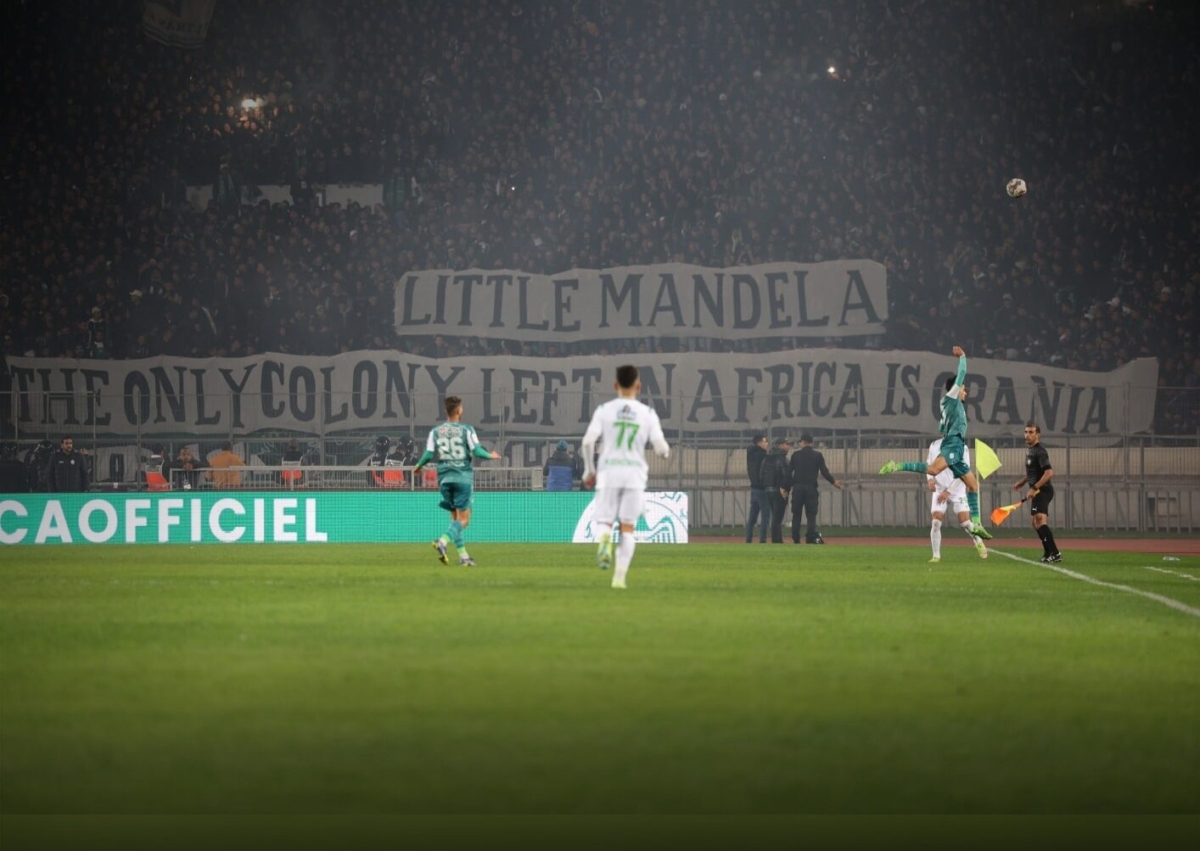 “Little Mandela, the only colony left in Africa is Orania,” a huge banner exhibited during an RCA match on Tuesday, following a speech of Nelson Mandela’s grandson Zwelivelile Mandela at the opening ceremony of the African Nations Championship (CHAN) in Algeria, where he delivered a political speech in which he criticized Morocco’s territorial integrity.

Raja Club Athletic fans responded this way to anti-Morocco comments by Mandela’s grandson, who called for taking up arms against Morocco’s sovereignty over Western Sahara, "The last colony of Africa, Western Sahara. Let us fight to free Western Sahara from oppression,”

The banner of the Moroccan club fans read: “Little Mandela… the only colony left in Africa is Orania.”

Orania is a town that is also known as “South Africa’s white-only town.” was built on privately owned land along the Orange River as apartheid was coming to an end by white Afrikaners, with a population of 2,500, who are descended from Dutch and French colonizers from the 17th century, purchased 8,000 hectares of property along the Orange River in the sparsely inhabited Karoo area.

Orania town seeks to manage its affairs autonomously in the coming three years, while most of South Africa is wallowing in endless power cuts.

In recent years the country's most developed economy has had trouble with its power supply. Many people blame the old coal-fired plants run by the state-owned energy giant “Eskom", which produces 90% of the energy in South Africa, which led the country into an economic and social crisis.

In this regard, many see that the current president could be indicted and tried for corruption as South Africa’s former president was convicted of the same offenses.