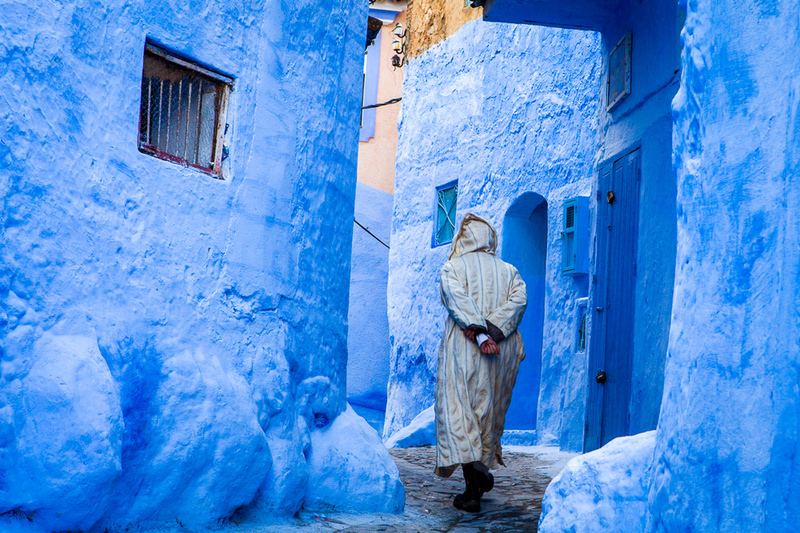 A Moroccan city that’s famous for its striking blue walls and architecture has been facing its own set of challenges throughout the coronavirus pandemic.

The city of Chefchaouen recently reopened its doors to tourists as a way to boost its struggling economy, according to the Associated Press.

Typically the city is a bustling destination that welcomes tourists and globetrotting Instagrammers who are seeking out historic landmarks, authentic Moroccan culture and, of course, the perfect selfie amongst the blue hues.

However, under the threat of COVID-19, travel to Chefchaouen has been in decline. Imposed curfews have not helped either with restaurants and merchants having to shutter operations earlier than usual, according to AP.

Spanish, Chinese and other European groups are said to be the largest demographics that visit Chefchaouen thanks to not needing a visa to travel throughout Morocco, so long as their trip doesn’t exceed 90 days.

Though, current coronavirus stats prove travel to the North African country has been difficult amidst the pandemic.

Spain has more than 1.98 million confirmed infections while China has a reported 96,335 as of Wednesday, according to the Johns Hopkins COVID-19 Dashboard. Meanwhile the U.S. has more than 21.2 million.

Morocco, on the other hand, has reported a little more than 447,000 confirmed infections since March. Roughly 7,618 cases of death associated with the respiratory illness have been reported while around 418,700 people in the country have recovered.

Coronavirus cases peaked in by mid-November, which saw more than 6,190 Moroccans test positive on Nov. 12.

Four months into the global pandemic, Moroccan tourism expert Zouhir Bouhout told Morocco World News that he estimated the country would potentially lose 10.5 million tourists and 19.8 million overnight stays in 2020 due to COVID-19.

A separate report from the news outlet suggested Morocco lost $1.2 billion in the first half of 2020 due to tourism decline, according to data from Morocco’s Department of Studies and Financial Forecasts.