'Redemption Day' director to Assahifa: misunderstanding made my movie controversial in Algeria 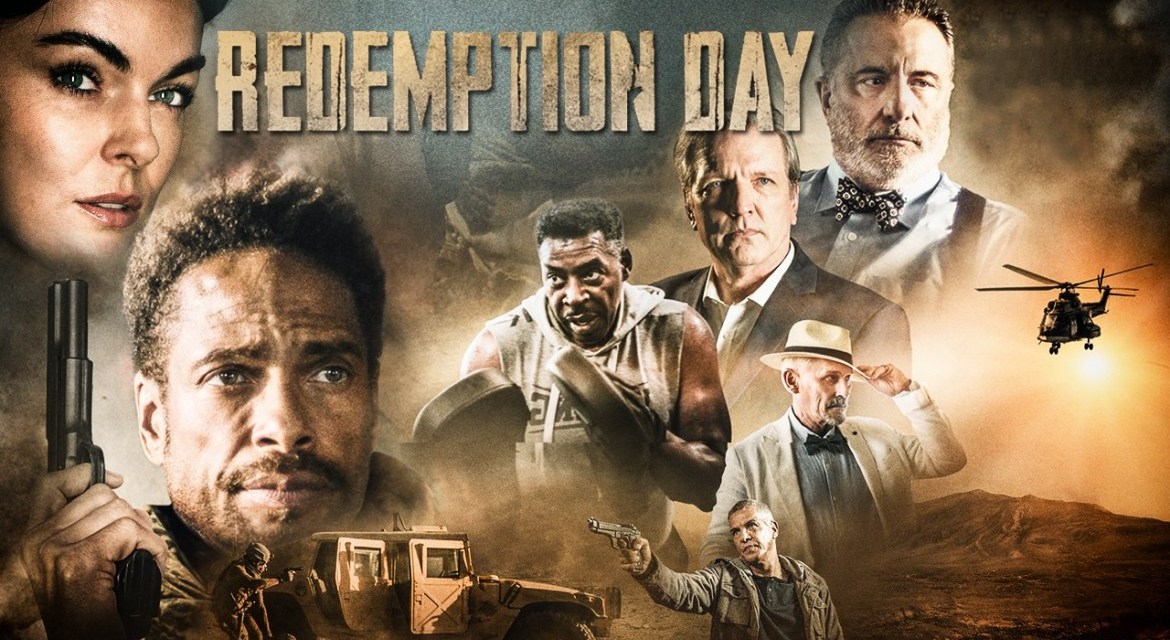 The movie "Redemption Day" by Moroccan director Hicham Hajji sparked controversy in Algeria immediately after his trailer's release. Algerian media accused the film of harming the country's image and portraying it as a sponsor of terrorism in the region. Others also say that the Moroccan government supported the movie production.

The film tells Kate Paxton's story, a famous American archaeologist who went to Morocco after discovering the oldest human bones dating back 30 thousand years. However, she was kidnapped on the Moroccan-Algerian border by a terrorist group in Algeria affiliated with "ISIS."

The husband of the kidnapped woman, Brad Paxton, a soldier in the US Navy, will do the impossible to save his wife, with the help of a Moroccan counterterrorism agent and the US ambassador to Morocco.

The director of the Movie, Hicham Hajji, was interviewed by 'Assahifa English.' He talked about his new film's experience and took advantage of the opportunity to respond to the campaign that the Algerians are waging through media and social media to disrupt the movie's success.

1 - 'Redemption Day' is a powerful film in its story, it deals with terrorism in the Maghreb region, but the story has sparked a controversy among Algerians. As a Moroccan director, how do you deal with the film's reactions, especially from the Algerians?

The film's idea came when I learned about the death of Laila Alaoui, the Moroccan photographer. At first, I was looking for a story, something different that shows the world of those people and where they come from most of the time. I wanted to shoot the movie in Morocco, and the dilemma was to find an enemy that we can hardly access, but in the meantime, not far from our country. I chose Algeria as a country because our land border is locked, and making my main characters going there is already a challenge.

2- In your opinion, what bothered the Algerians about the movie as long as the international media and even Algerian media talk daily about extremist groups in this country?

The Algerians got pissed because of the movie trailer. It was an opportunity to attack Morocco again for the wrong reason. If they watched the movie, they would understand I'm not attacking them at any point, and I have many nice Algerian characters in the movie. the terrorist's characters are mainly French people from Arab origins.

3- Every movie has a story and a message to tell. What is your message from 'Redemption Day,' regardless of the commercial side?

The movie is a love story about what men can do to save and protect their loved ones. But the real backstory is to tell where the terrorists mainly come from and who's financing them. I'm talking about what the Oil companies can do to create troubles in some regions to keep digging "in peace."

4- The Sahara issue was dazzlingly described and defined by the movie that many considered the best marketing of the issue through cinema. Was that your goal from the movie?

I'm Moroccan. For me, it goes without saying that the Sahara is Moroccan. The Algerians said that the movie was financed by the Moroccan government and was waiting for the US President to announce that the Sahara is Moroccan to release the movie. If I were that guy, I'd be one of the most powerful men in Morocco (he Laughs). In fact, It's just a vision that I had a while ago, and I'm lucky to have all those events happen at the same time that the US recognition of the Moroccanness of Sahara.

5- Do you feel satisfied with the echo that has been left by the movie so far?

I'm delighted to see the Moroccan audience's reaction; I've received thousands of messages of supports. I think for once, they are watching a Moroccan movie that is big and powerful, and that makes them all proud, from the Sahara's Moroccanee to the Moroccan hero police officer and the Moroccan counterterrorism agency's intelligence. I put all the ingredients to make every Moroccan proud, with a story that the international audience would enjoy.

6 - If you would like to invite the Algerians to enjoy this movie. what is your message?

I have nothing against the Algerians. Many of my friends that I consider as brothers are Algerian. If you watch the movie until the end, you'll know who are the bad guys. And it's not the Muslims, not the Arabs.