Death toll at 59 from protests in Peru 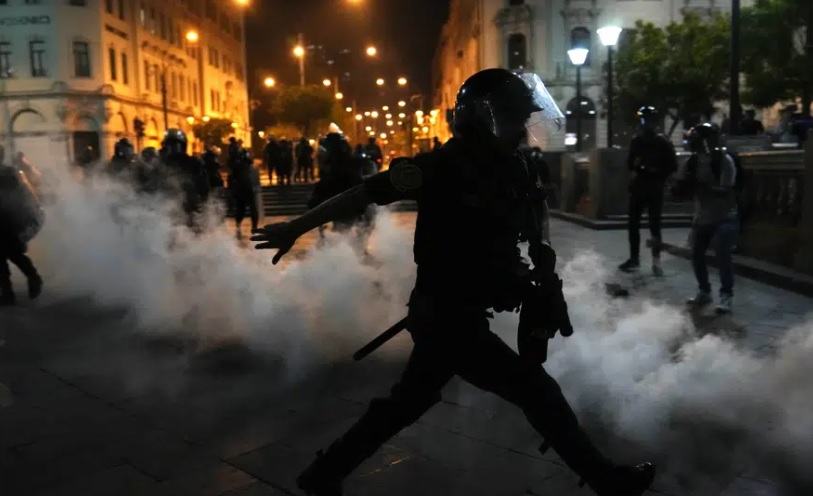 Demonstrators continued Friday to demand the resignation of Peruvian President Dina Boluarte after six weeks of violent protests that have killed 59 people.

Boluarte accused protestors of "vandalism" in a television address late Thursday after hundreds took to the streets in the country's capital of Lima in the so-called "Takeover of Lima" demonstration.

The president said the protests had "no social agenda" but sought to "break the rule of law, generate chaos and disorder and seize power."

One person was killed in clashes with police in Arequipa when 1,000 demonstrators attempted to take control of the airport. The airport in Cusco and another in the southern city of Juliaca were also attacked.

Four Haitian nationals died in the town of Desaguadero on the Bolivian border, while two others died in the southern part of the country during the anti-government protests.

In a statement, Prime Minister Alberto Otarola expressed regret for the Haitians' deaths and said they could not be taken to the hospital due to blocked roads.

A large fire destroyed a historic building in the center of Lima, meters from the iconic Plaza San Martin. The government rejected eyewitness claims that the fire was caused by a tear gas cannister thrown by police during the fighting.

Traffic around the country has been paralyzed by protesters who have blocked streets and several airports have been closed.

The government declared a state of emergency in some regions, which authorizes the army to intervene to maintain order.

The month-long social outburst was triggered by former President Pedro Castillo's removal from office and his subsequent arrest on accusations of insurrection when he attempted to dissolve Congress and rule by decree to avoid impeachment on allegations of corruption.

Peru's Prosecutor's Office will open an investigation into Boluarte for the civilians who have been killed since protests began Dec. 7.