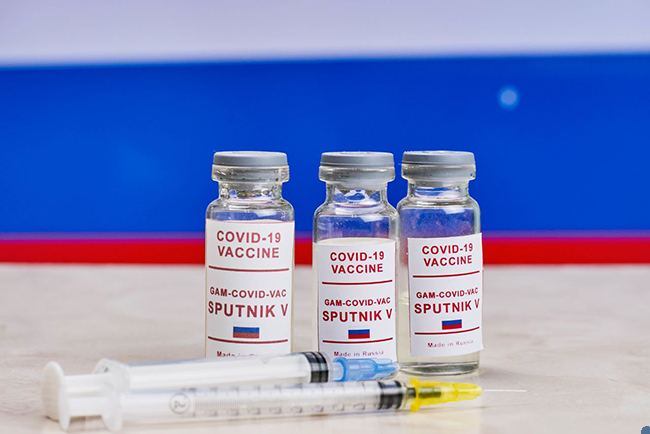 The European Commission said on Thursday that there were no talks under way about buying Russia’s Sputnik V coronavirus vaccine, hours after the EU drugs regulator began reviewing the shot for possible approval.

The 27-nation bloc has so far signed supply contracts with six European and U.S. vaccine makers for a total of nearly 2.6 billion doses for its population of 450 million. It is also negotiating further supplies from two other Western companies.

“Currently no talks are ongoing to integrate the Sputnik vaccine in the portfolio,” a Commission spokesman told a news conference.

The European Medicines Agency (EMA) said it had begun a rolling review of Russia’s Sputnik V vaccine, which could lead to its approval for use in all 27 EU countries.

Sputnik V has already been approved or is being assessed for approval in three EU member states - Hungary, Slovakia and the Czech Republic - and EU officials have said Brussels could start negotiations with a vaccine maker if at least four member countries request it.

EU officials have said that Sputnik’s manufacturing plants need to be assessed, and that it is not clear how many doses they can produce in the short term.

“At this stage there is still a very solid view (among EU member states) that we are not going to push inoculations of stuff that hasn’t been approved by EMA,” a senior member-state diplomat said.

“There are liability issues ... behind that, and there’s a degree of recklessness which the majority will not countenance.”

National emergency approvals are allowed under EU rules, but expose countries to liability risks if something goes wrong with a vaccine, whereas an EMA authorisation offers more legal protection.

One official said there had been preliminary discussions among EU members about whether to hold talks with the Russian vaccine’s developers, but nothing concrete had been put on the table.

EU countries are free to buy vaccines that have not been earmarked by the EU as a whole, but are advised to refrain from parallel talks and deals if the EU is negotiating a joint purchase.