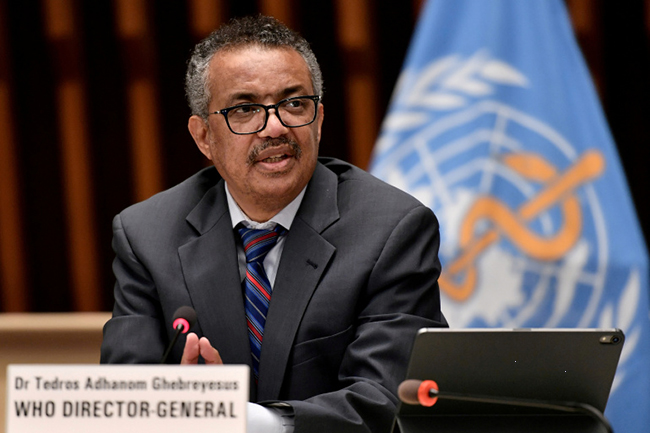 The World Health Organization director-general, Tedros Adhanom Ghebreyesus, has thanked India and its Prime Minister “for continued support to the global Covid-19 response”.

The WHO chief tweeted, “Thank you, India and the prime minister, for your continued support to the global COVID19 response. Only if we ACT together, including sharing of knowledge, can we stop this virus and save lives and livelihoods”.

The tweet of Tedros Adhanom Ghebreyesus came after delivering 2 shipments of Covid-19 vaccine developed by the UK drug-maker AstraZeneca and Oxford University in the Serum Institute in India to Morocco and Brazil on Friday.

India announced yesterday that the first 2 commercial shipments of Covid-19 vaccine were delivered to Morocco and Brazil after donating more than 2 million doses to neighboring countries such as Bangladesh, Nepal, Bhutan, and the Maldives.

Morocco is the first African nation to receive the Covid-19 vaccine developed by AstraZeneca and Oxford university in India, Whereas South Africa, is expected to be the second, according to the Indian Foreign secretary who had told Reuters news agency on Thursday.

In Morocco, the Ministry of Health announced yesterday that a national campaign to vaccinate people would start in the coming days, adding that the people who are vulnerable to the virus would be the first category to be vaccinated.