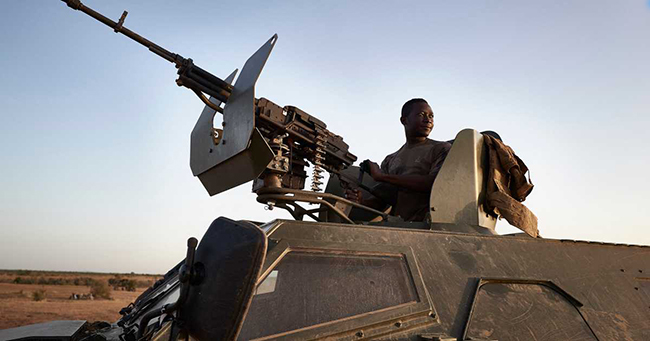 "France has one month to withdraw its troops from the country," said RTB television.

The decision follows the Jan. 18 suspension of a military deal with France from 2018.

The agreement authorized the presence of French troops in Burkina Faso as part of the fight against terrorism which has been raging in the West African country since 2015.

Burkina Faso is going through a transition period after two coups in one year under the pretext of growing and uncontrolled insecurity due to terrorist attacks.

The suspension of the agreement with France comes in a context where for several months residents in Burkina Faso, like many other African countries, have been demonstrating against a French military presence.

Demonstrators deplore the ineffectiveness of the military presence in the face of increasing terrorist attacks.