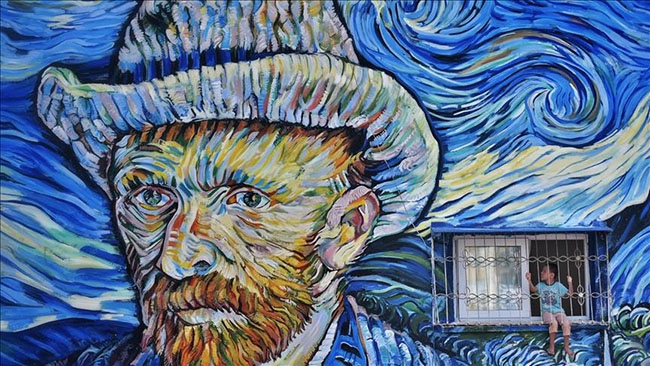 A newly discovered sketch of famous artist Vincent Van Gogh unveiled in the Dutch capital Amsterdam, according to an art magazine.

The Van Gogh Museum has authenticated a preliminary sketch for Worn out, a drawing made in November 1882 while the artist was living in The Hague, said the Art Newspaper, a monthly publication.

It argued that the sketch represents a key subject, since in 1890 Van Gogh turned the composition into one of his most powerful paintings, Sorrowing Old Man.

"The sketch of Worn out offers an unusual insight into Van Gogh's method of working. He began by drawing a grid on the paper (only just visible in reproductions) and then used a perspective frame to view the seated man and capture his figure quickly in the correct proportions," the publication said.

The artist worked up the sketch in his characteristically expressive style, with energetic pencil stroke, it added.

According to the magazine, Teio Meedendorp, the museum's senior researcher, described the sketch as "a stunning contribution" to the artist's collection.

Confirming the authenticity of the drawing, Meedendorp said: "In stylistic terms, it fits perfectly with the many figure studies we know from Van Gogh's time in The Hague and the connection with final version of Worn out is obvious."