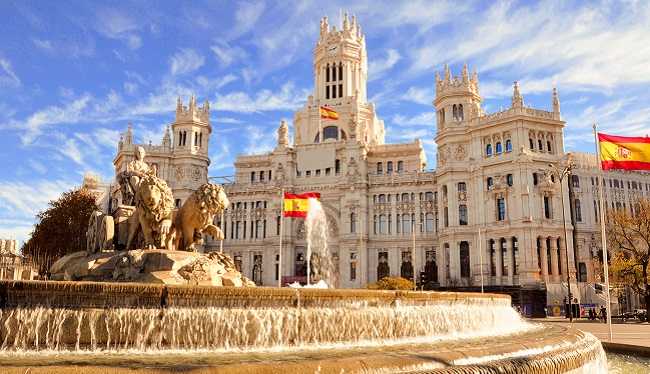 Spain unveiled an aid package worth 11 billion euros (13.4 billion U.S. dollars) on Wednesday for companies and self-employed workers, which Prime Minister Pedro Sanchez said will focus on the sectors of tourism, hotels and restaurants.

"We not only want to save companies, but to strengthen them," Sanchez said while addressing lawmakers in the Spanish Congress, the lower house of Parliament.

The aid package could "reinforce the solvency of their balance sheets," allowing companies to "resume their activity, make the necessary investments and hire the workers they need to start the economic recovery," he said.

Sanchez was optimistic that Spain's "economic recovery has a firm hope," and in a "sure and safe horizon," as the country continues with its vaccination program.

"We are in the final stretch of the health emergency and the beginning of the economic and social recovery," he said.

With 3,165,191 doses of vaccine administered to date, Sanchez said the vaccination program was now "beginning to give results."

"Spain is the fourth country in the EU in the number of doses administered... 540,000 doses are administered per week," he said, before announcing a major increase in vaccine supply in the coming weeks.

"Spain will receive four times as many vaccines in the next quarter," said Sanchez, who insisted Spain would meet its target of vaccinating 70 percent of its population by the end of the summer.

As the world is struggling to contain the pandemic, vaccination is underway in Spain and many other European countries with the already-authorized coronavirus vaccines.

Meanwhile, 255 candidate vaccines are still being developed worldwide -- 73 of them in clinical trials -- in countries including Germany, China, Russia, Britain and the United States, according to information released by the World Health Organization on Feb. 23.