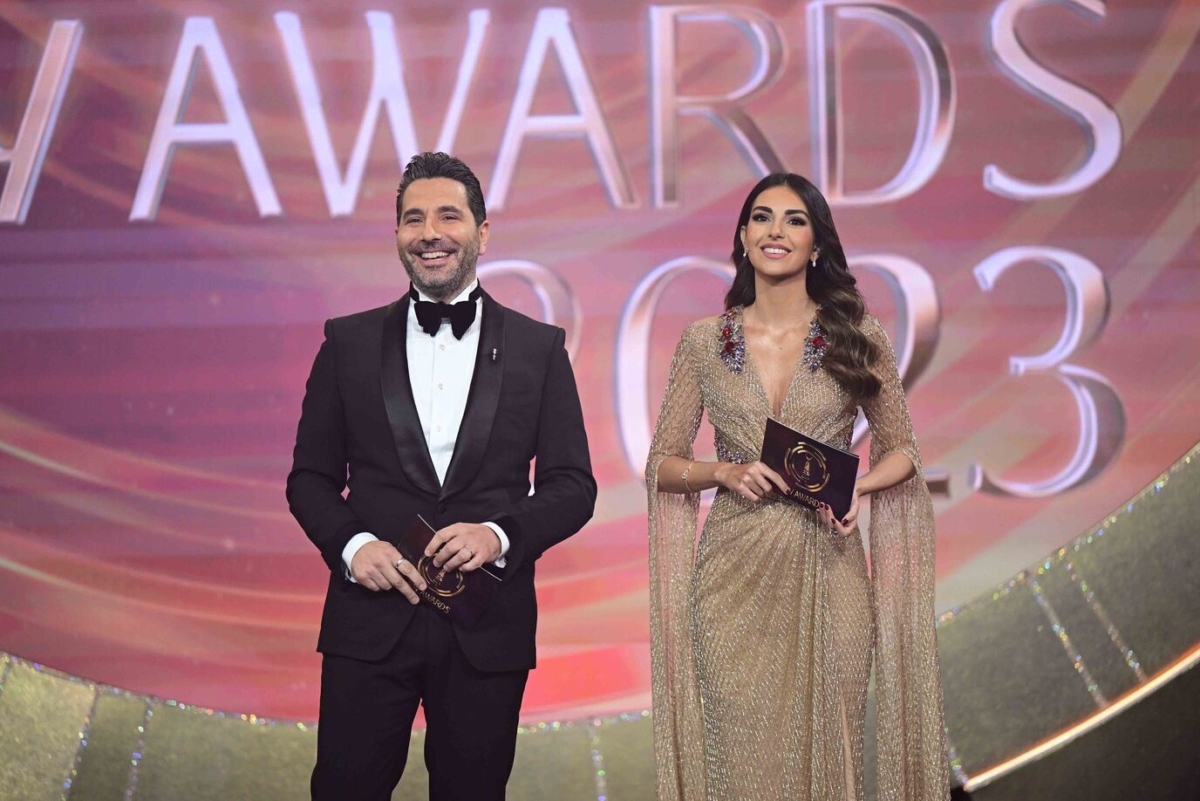 The third edition of the Joy Award, held by the Saudi Arabian Kingdom's General Entertainment Authority and organized in partnership with the MBC Group with the theme of the Riyadh season, is one of the biggest creative and entertainment events in the Middle East.

In the presence of Turki Al-Alshikh, Chairman of the Global Entertainment Alliance, the Joy Awards recognize and honor the creators from the Arab world and their successes in the fields of film, television, music, sporting events, and digital influence, as well as the press, media, public figures, senior invitees, and guests, including international celebrities.

The event, which is a part of the Saudi Arabian government's Quality of Life Program 2030, started with Celebrities and attendees walk the lavender carpet in front of Arab and foreign media photographers, which gathered to cover one of the largest arts and entertainment events in the region ever. In addition to a group of international stars who came specifically to attendance the Riyadh season included Mel Gibson, Amitabh Bachchan, the filmmaker Michael Bay, Sofia Vergara, Spanish actress Esther Acebo, as well as Engin Akyurek, Demet Özdemir, and Aras Bulut İynemli.

The Joy Awards 2023 opening ceremony, presented by Wissam Breidy and Valerie Abou Chacra, opened with a dance performance themed on the subject of Sadiq Waf, and then they broadcast a documentary with the title "Beyond Imagination" (the theme of Riyadh Season). The documentary covered the highlights of 2022 for the GEA, including its greatest accomplishments and performance moments.

During the ceremony, a variety of artistic, musical, and entertainment performances, presented on stage by a group of great artists from the Arab world, in addition to the awards presented, including Rashed Al-Majed, Ahmed Saad, Rahma Riad, Marwan Khoury, Mohamed Mounir, Nancy Ajram, Nigerian rapper REMA with Dalia Mubarak, and "Cairokee."

As part of the event, a short video titled "A Tribute to Those Who Have Gone" was shown, which was accompanied by music played by Pamela Tan Nicholson and the Classical Ladies Orchestra and concluded with the stars and artists ascending to the stage and taking a souvenir photo with Turki Al-Sheikh.

In the drama category, Ibrahim Al Hajjaj was named Favorite Actor for his outstanding performance in the Saudi drama "Minho Waladna?" Nadine Nassib Njeim was named Favorite Actress for her role in "Salon Zahra." Meanwhile, Saudi actress Helda Yassin received the award for Favorite Rising Star in a TV series, and the producer Sadiq Al-Sabah and the director Joe Bou Eid received the "Favorite Series" award for "Zahra Salon."

In the sports category, the football star and Moroccan player Achraf Hakimi was awarded "Best Sportsman," and the Female Athlete of the Year Award went to Saudi swimmer Mariam bin Laden.

Also, competing for the Joy Awards’ Best Actress in Cinema award, the Favorite Actor and Actress trophies went to Ahmed Ezz and Hend Sabri for their roles in the film "Kira & El Gin," and director Marwan Hamed for the award for the same film.

In addition to Bollywood star Amitabh Bachchan, international filmmaker Michael Bay also got a Lifetime Achievement award. And Sofia Vergara won the award for "Person of the Year."

It is worth noting that the "Entertainment Makers" awards are distinguished by the fact that the audience voted for the winners themselves through the Joy Awards application and chose them from among a group of nominees for the categories of cinema, music, social influencers, sports, and drama series.