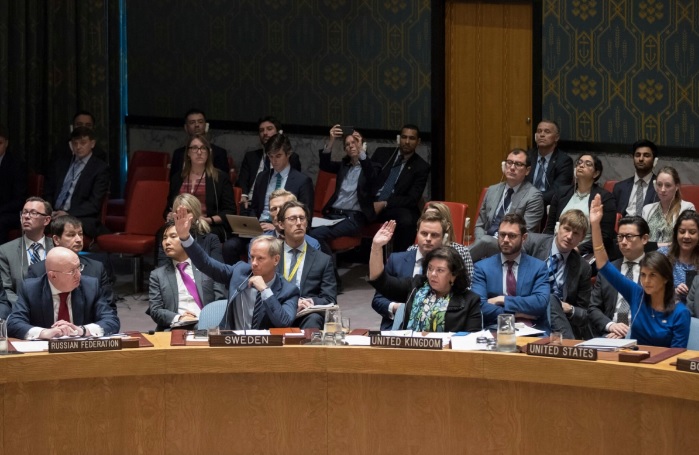 Arab-Muslim diplomats in New York were shocked during an emergency meeting of the UN Security Council on the Palestinian issue by the attitude of the Algerian Mission which silenced the Organization of Islamic Cooperation (OIC) Group, because of a reference to the Al-Quds Committee and its presidency.

During this meeting held on Thursday, Algeria has thus deprived Al Haram Al-Sharif of the expression of the Islamic Ummah's condemnation of the desecration of this highly sacred place by an Israeli minister, last Tuesday.

These diplomats were appalled by Algeria's hateful attitude in sacrificing the cause of the Al Haram Al-Sharif Mosque, by silencing the OIC Group for the second consecutive time within few months, for a single reason: its adversity towards Morocco.

In vain, several Arab ambassadors have tried to dissuade Algeria's permanent representative to the UN, Mohamed Ennadir Larbaoui, from this anti-Palestinian and anti-Arab-Muslim behavior at a time when the Palestinian cause needs the greatest support and solidarity of the Islamic world.

According to sources close to the OIC, the Pakistani presidency of the Group has even introduced a reference highlighting the role of Algeria and its president in favor of the Palestinian cause, in order to bring the Algerian permanent representative to reason. However, even this gesture was rejected, so much so that Algeria's obsessive hatred of Morocco takes precedence over its own country and its own president.

Some diplomats privately confided that while the Security Council was unanimous in rejecting and condemning the Israeli minister's acts of desecration, Algeria resolutely chose to disunite with the OIC Group over this condemnable act.

Moreover, several diplomats have privately expressed their deep disapproval of the transposition in New York of Algeria's problem with its Moroccan neighbor and the little respect that Algeria gives to its presidency of the Arab League Summit.

The host country of the last Arab Summit has blatantly denied its commitment, which thus demonstrates to the international community that Algeria has no interest in either the Arab-Muslim causes, or the Palestinian issue, and even less to the Israeli desecration of the Al-Aqsa mosque.