Europe-Morocco: The Dark Side of Vengeance 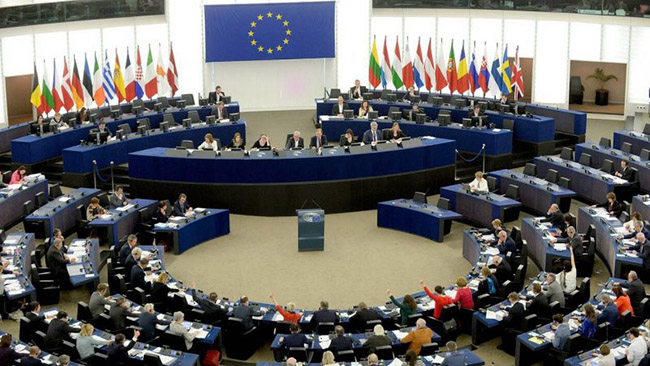 The majority of European Parliament members have condemned Morocco, on 'the altar' of human rights, but in reality, these are geopolitical and business reasons.

Often, everyone tends to side with any decision that highlights human rights, even more so if the alleged victim is "oppressed journalism". This is the ideal scenario that the European Parliament was the stage for last week. However, this issue of freedom of expression and media is nothing but a pretext to sow poison against Rabat for two objectives.

A few hours after the European Parliament's ruling, the dark side of venegeance started to fade. Anti-Moroccan groups have cleverly proliferated by manipulating NGO reports—whose editors are far from being prophets—for the purposes of intersecting geopolitical interests. And behind all this, two members of the European Parliament of French-Algerian origin, this in itself says a lot about the first objective.

Karima Delli and Salima Yenbou are the standard-bearers of the exacerbation of hostility to Morocco. Delli has not hidden her words when she said, "It is necessary to put an end to lobbyists, especially those loyal to the most influential countries. Europe must suspend agreements with Qatar and Morocco!" she calls for getting rid of "lobbyism", while she is herself a pro-Algerian lobby!

Yenbou, taking advantage of her position as president of the Voisinage Sud working group, wanted to be an advocate for media freedom in Morocco and for human rights. Ironically, when the same European Parliament wanted at the end of 2019 to condemn Algeria for suppressing the Hirak movement, she rejected the resolution claiming, "the danger of politicizing human rights and the danger of discrediting the opposition with foreign interference." Schizophrenia in all its forms! In fact, the French and Algerian MEPs have always aligned themselves with the foreign policy of their country of origin by regularly defending Algerian pro-Polisario theses. These two MEPs work in the light but drag, in the shadows, several other MEPs who embrace the same creed: destroy the image of the Kingdom of Morocco!

Let's not be naive; the MEPs play along several lines and often do more business than politics. Recent investigations and discoveries have made this clear. In addition to the cases mentioned above, there are other currents that flirt with large agrarian groups, especially in Spain, France, the Netherlands, and the Scandinavian countries.

The partnership agreement between Morocco and Europe has never been digested by these groups, which consider Morocco a strong competitor. This group of lobbyists who advocate business does not hesitate to use low blows to stop the Moroccan momentum by using wrongly the Sahara issue to block the said agricultural agreement.

Pushed by European businessmen, they find themselves joined with delight by pro-Algerian lobbyists. Thus geopolitical aims espouse business interests by having Morocco together in the line of fire, without obscuring those who, by fascist neocolonialism, see with a bad eye Morocco to set foot in Africa in all areas and relegate in certain sectors the major European groups to the second rank.

The MEP Thierry Mariani said that "the French left never condemns Algeria, and the EU passes it on while hoping for its gas. Instead, we are discussing Morocco, which is nonetheless central to our strategic partnership in Africa."

This is why the European Parliament cannot position itself as a provider of lessons when it is permeated by different currents.