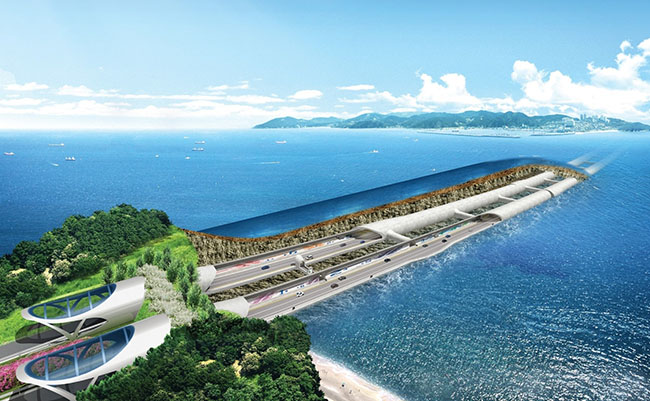 The revival of the fixed link project via the Strait of Gibraltar was at the heart of a virtual meeting Wednesday between Minister of Equipment, Transport, Logistics and Water Abdelkader Amara and Spain's Minister of Transport, Mobility and Urban Agenda Jose Luis Abalos, MAP news agency reported.

This meeting, held through video-conference as part of the two country's mutual interest in further strengthening their bilateral cooperation, was an opportunity for both parties to address the issue of revitalizing the project of fixed link through the Strait of Gibraltar, by convening a new joint intergovernmental meeting, the last one having taken place in Tangier in 2009.

On this occasion, Amara stressed that the project to build a fixed link between Morocco and Spain would connect not only two countries, but also two continents. Morocco would serve as a link between Europe and Africa, he said.

It is a structuring project for the years to come and a strategic site for both countries, the minister stated, stressing the dynamics of the two companies in charge of the project. Indeed, a study is being conducted by these companies to analyze certain technical aspects of the site, he added.

This meeting, which takes place in the context of the preparations for the high-level meeting to be held in Morocco, was an opportunity for both officials to reiterate their commitment to work towards strengthening cooperation between the Moroccan and Spanish ports and railways, including the development of the Tangier-Marrakech high-speed line (LGV).

This event, which was attended by officials from the Ministry of Equipment, Transport, Logistics and Water, as well as the Spanish Ambassador to Morocco, Ricardo Diez Hochleitner Rodriguez, also focused on ways to expand cooperation in the fields of infrastructure, land and sea transport and logistics.

A draft memorandum of understanding of technical cooperation is being finalized by both parties.