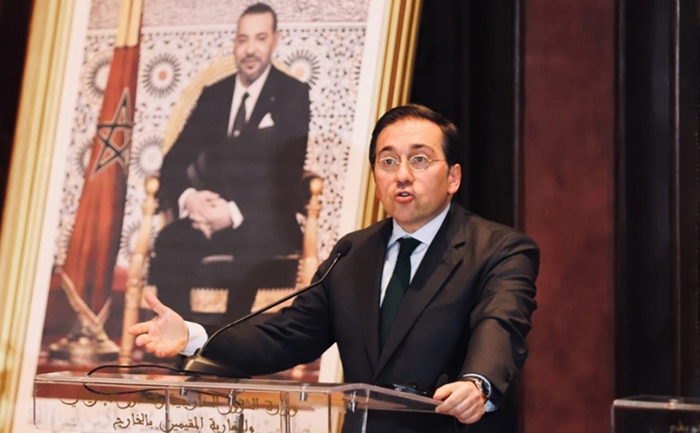 Morocco is a neighbor and a strategic partner for Spain and Europe, Spanish Minister of Foreign Affairs, European Union and Cooperation, José Manuel Albares, said on Friday, stressing that Spain, Europe and Morocco "share vital interests".

"Morocco is a neighbor and a strategic partner for Spain and Europe. We share with Morocco, among other things, the management and channeling of illegal immigration, the fight against jihadism, the commitment to co-development and an interest in Africa," Albares noted in an interview with Spanish national radio Rne.

Furthermore, Albares said that the next Moroccan-Spanish High Level Meeting “will be a very important moment” in relations between the two countries, assuring that Rabat and Madrid “have begun a new phase with much more solid foundations.”

“We have many vital interests which must be managed jointly. The High Level Meeting is part of the Spanish-Moroccan roadmap adopted last April, during the visit of the President of the Spanish Government, Pedro Sánchez, to Morocco,” he said, adding that since then, all the bilateral working groups have been set up.

Trade between the two countries has increased by 31% to reach almost 10 billion euros, making Morocco Spain's main trading partner outside the EU, excluding the United States and the United Kingdom, Albares said.

He added that all migratory routes from Africa to Europe have grown significantly, between 60 and 150%, while those arriving in Spain have decreased by 30%, thanks to Morocco's collaboration.

On the basis of the new roadmap, the two countries have committed themselves, among other things, to dealing with issues of common interest in a "spirit of trust and consultation", while reactivating the working groups created between the two countries to relaunch multi-sectoral bilateral cooperation.