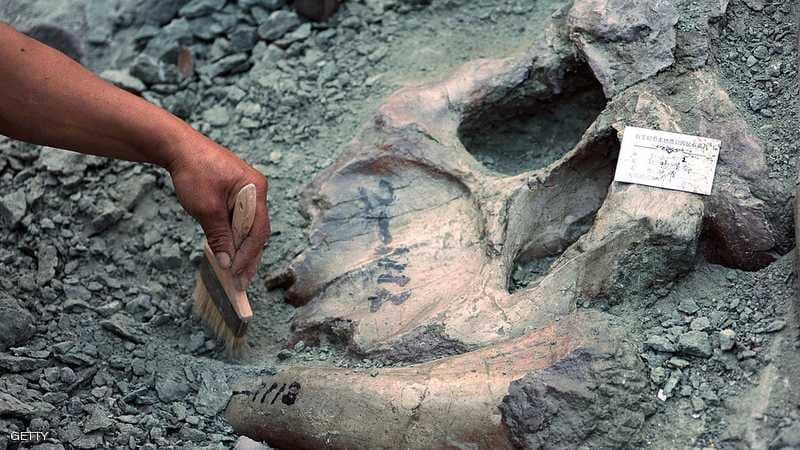 Researchers from several countries have recently discovered in Morocco a new mosasaurus, a marine lizard with shark-like cutting teeth," which lived during the Cretaceous period 72 to 66 million years ago.

In a study recently published in "Cretaceous Research" Journal and quoted by GEO Magazine, researchers from the National Museum of Natural History - CNRS - Sorbonne University, including Moroccan paleontologist Nour-Eddine Jalil, from the University of Bath (Great Britain) and the University of Utrecht (Netherlands) have identified this new species of mosasaur, which shows the extreme diversity of marine reptiles in the phosphates of Morocco."

The new species has been identified in the "precious phosphate deposits of Morocco," they said.

The mosasaur, which was the size of a porpoise, lived in a shallow tropical sea, spread over part of present-day Morocco". It is distinguished from other predators identified in this once marine area by its large teeth.

Thanks to its Jaws, the carnivorous reptile could attack prey much larger than itself.

Teeth of this species form a unique dental battery in which short, laterally compressed and hooked teeth formed a saw-like blade, wrote the scientists, who named the sea predator Xenodens calminechari in reference to dentition, Xenodens meaning "strange tooth" in Greek and Calminechari "like a saw" in Arabic.

Last November, a team of international researchers, including paleontologist Nour-Eddine Jalil discovered, for the first time in Africa, a new species of duck-billed dinosaur in Morocco's phosphate deposits.

The mosasaurids (Mosasauridae) were a group of lizards that became highly specialized for marine life in the mid-Cretaceous.

By the end of the Cretaceous, they had undergone an adaptive radiation, and showed a wide range of body sizes, locomotor styles, and diets. Their ranks included piscivores, apex predators, and durophages.