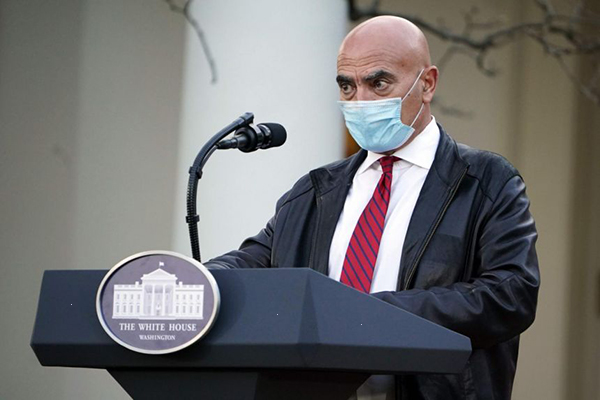 Operation "Warp Speed" chief advisor Dr. Moncef Slaoui has submitted his resignation at the request of the incoming US Administration, US Media reported on Wednesday.

Slaoui, who has helmed the federal government's Operation Warp Speed COVID-19 vaccine program, will stay in the role for 30 days before stepping down.

The immunologist had previously said he planned to step away from his role on Warp Speed after two vaccines had been authorized. That milestone has already been reached with the approval last month of the vaccines developed by Pfizer and BioNTech and Moderna.

Last week, Saloui said he "decided to extend that in order to ensure that the operation continues to perform the way it has performed through the transition of administration." He noted though that "we're getting close to the point where my value add is more limited."

Though the initial vaccine rollout has been criticized, the speed of their development, which Dr. Slaoui oversaw, exceeded expectations: Two vaccines have been authorized in the U.S. with 95% efficacy in less than a year.